Quick Thought: Is Ralph Bakshi’s The Lord of the Rings Brilliant or Bad?

So I fired up my laptop and decided to just throw my thoughts down and try to figure this out for myself. This is completely off the cuff with no pre-planning so it is very possible that this post will simply be an incoherent mess with the occasional moment of genius.

So in 1978 I was nine years old and I saw this movie in the theater opening weekend. And I was bouncing off the walls too. You see at this point I was a massive Tolkien fan; well more precisely I was a fan of wizards and dragons, elves and dwarves, and guys with big swords.  I can’t say if I actually read the books at this point, maybe the Hobbit itself, but I can’t remember if I had read the trilogy yet. Memory is a weird thing and the more I try to put a definitive timeline on things the more I feel like I’m completely wrong. That being said the first time a can definitively remember reading the Lord of the Rings was in 6th grade when I did a book report on The Fellowship of the Ring. I can still see myself sitting on the floral patterned love seat on Roosevelt Drive with a well-worn and yellowed paperback in my hand so I know I definitely read the books when I was twelve. But even if I hadn’t read the books myself when I saw the movie I knew the story. You see I had an older brother that loved the books and he would read them to me and tell me about them. And the world of Middle-Earth was a setting of play and fantasy usually acted out by Mego dolls wearing green bits of fabric over their superhero costumes as cloaks. You know, if you wear a green cloak you become an elf, everyone knows that. 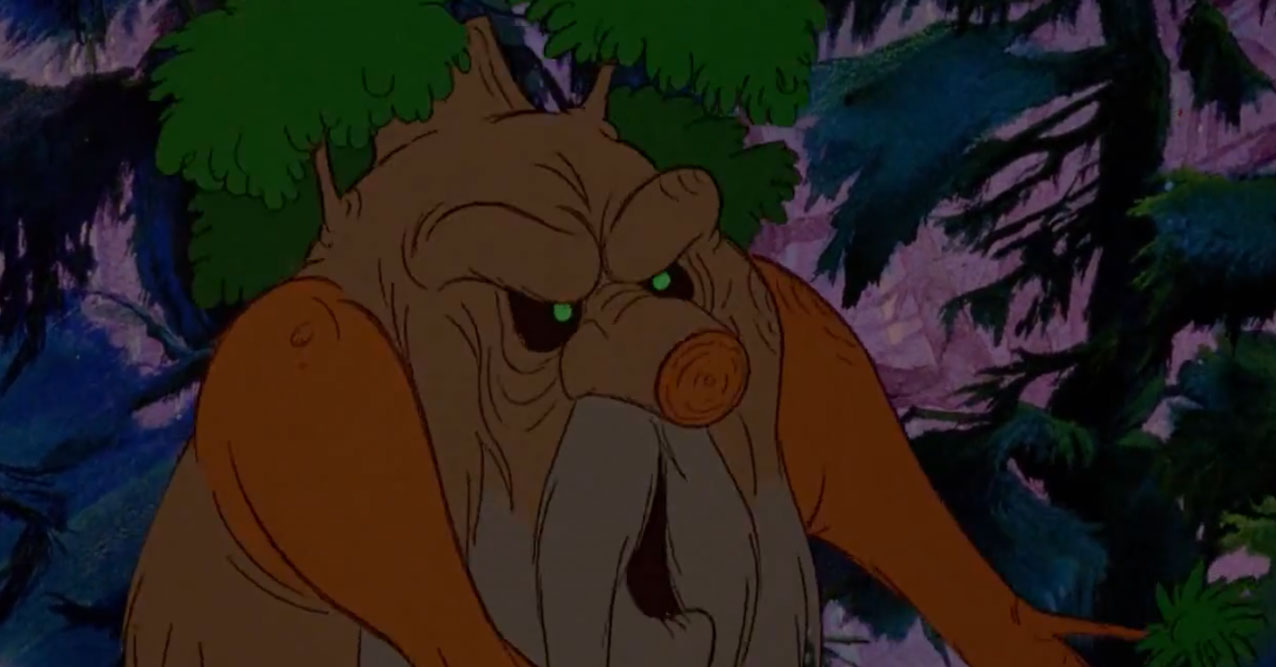 This could have looked better.

Ah, but that disappointment was unknown to me at that time and I was able to bask in the glory that was Lord of the Rings part 1. I even got the soundtrack for Christmas and played it on our stereo as a background to the aforementioned Mego adventures. So yes, at nine I thought it was brilliant.

But then years later when I was in High School I got a copy of the movie on a newly minted video cassette. I was all a twitter to relive the old memories of this cinematic classic as I popped it in our giant silver VCR and it only took a few minutes for me to think, “Well this is kinda shit.” It was clunky and disjointed and switched from “live-action” to animation randomly, sometimes in the same shot. And is that guy wearing a gorilla mask? This is crap. So in my teens I thought this was just bad. 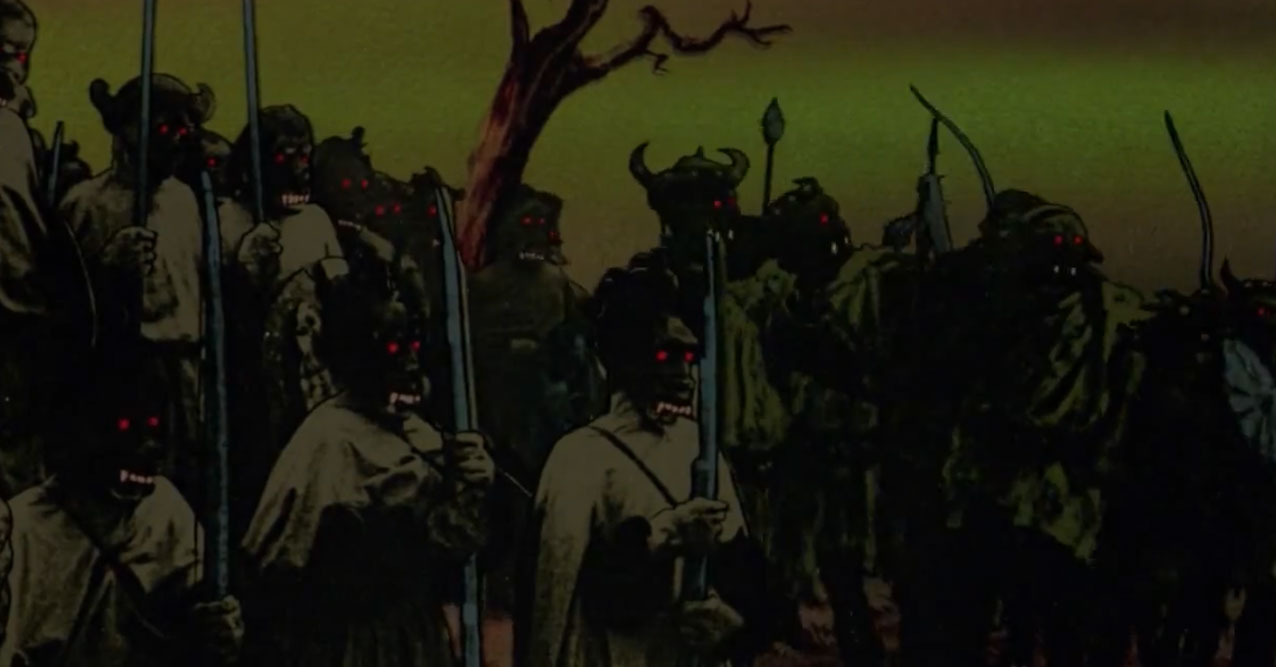 Seriously that guy is just wearing a gorilla mask.

Later right around the time the Peter Jackson films were being released I yet again sat down to watch the movie this time on DVD! At this point in my life I had been to art school did some learning and my opinions had evolved from simply being binary good/bad to nuanced and subtle about everything except Rob Liefeld’s art (seriously what the hell did you do to Captain America? But I digress). This time I saw the film – or at least attempted to see the film – with a kind of detachment. I attempted to see the individual moments within it, to grasp onto images and tiny details and see the movie as mini individual paintings or illustrations. You see, Jackson’s film had used some of the composition and ideas from Bakshi’s work – sometimes lifting it straight out of it like the “Proudfeet!” moment at Bilbo’s party or the Nazgul attacking the Hobbits at the inn – so I thought, “How bad could this be if Peter Jackson is incorporating it directly into his work?” And while I did begin to appreciate the movie in a different way – that is as individual frames and screenshots – that’s really not how you should appreciate a film. You should appreciate a film as, you know, moving pictures. But if you’re a pretentious former art school student that’s how you roll. 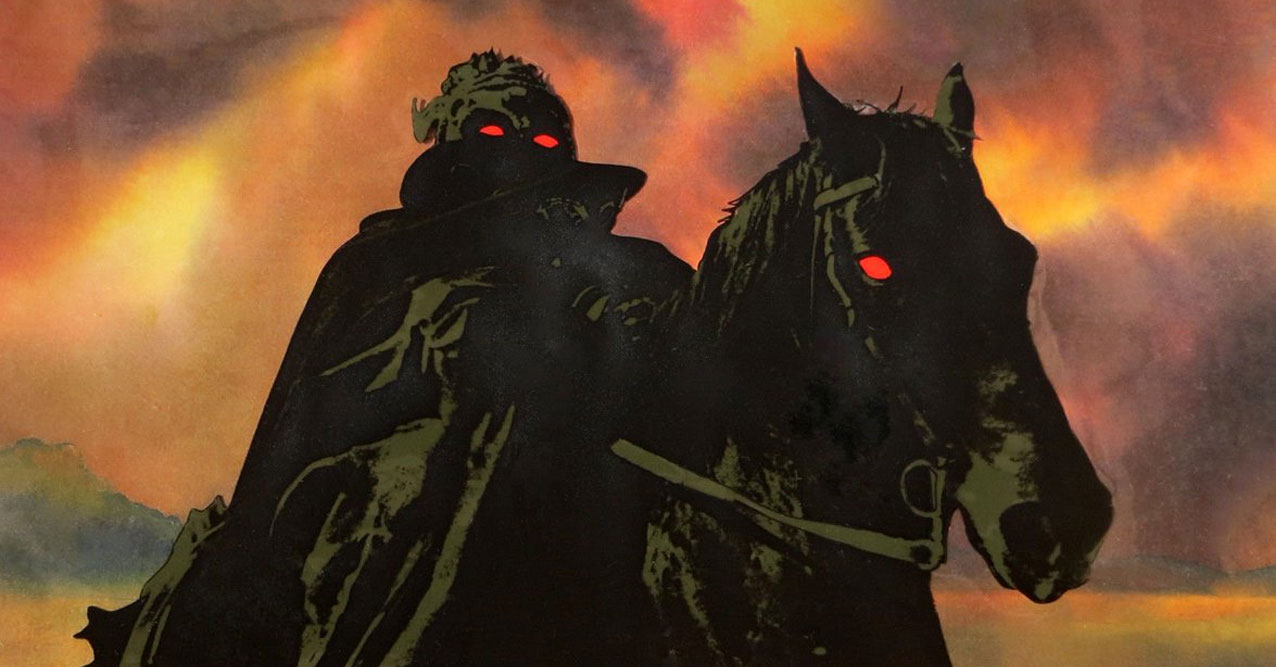 You have to admit this looks pretty dang cool.

So now we get here, right now in this moment. Having just watched the movie again with all the previous baggage and memory and nostalgia floating around in my head – what do I think of the 1978 version of Lord of the Rings? Well…it’s not very good.

But here’s the thing I want to like this movie so bad. I really do. For one thing I understand and appreciate the talent and importance of Ralph Bakshi to the art of animation. He was truly a groundbreaking artist who’s style and subject matter really pushed the edges of the medium. But because he was always an outsider and never really had a budget his work can seem a bit cheap.

His over-reliance on rotoscoping as a cost cutting measure while at times can add an interesting visual or two mostly looks like what it is – extras in dingy costumes quickly drawn over in front of a bland background. And in an effort to make the movements of the characters look dynamic they gesticulate wildly which makes the scenes unconvincing and frantic. This and the rushed nature of cramming two novels into a single movie combine to make the whole thing seem more like an amateur production rather than a professional feature film.

This is sad because there are bits in here that are truly great. The scene with the Black Rider sniffing as the Hobbits hide under the road is great (also another visual lifted by Jackson) as is the final charge of Gandalf at Helm’s Deep, Bilbo’s party scene and a handful of other moments throughout. And the movie is surprisingly faithful to the source material. Yes there is a lot cut out and altered but I was impressed by how much was left in and how many direct quotes are used. But overall the movie is disjointed, rushed. And a good visual does not make for a compelling story.

So overall, in my opinion, Ralph Bakshi’s The Lord of the Rings is neither brilliant nor bad…it’s just okay. It has moments of brilliance and parts that are just cringe-worthy, but basically as a whole it is just a half decent movie done by a really good artist that just didn’t or couldn’t pull off the vision he had in mind.

And that’s too bad because if this movie was as good as my nine year old self remembers it – this would really be something special.