In 1991 a brand new comic publisher – Valiant – launched its debut title Magnus Robot Fighter, written by the company’s co-founder and former Marvel editor-in-chief Jim Shooter.  Magnus was a character originally created for Gold Key comics in the 1960s, and the new series for Valiant would be a direct continuation of that continuity while at the same time being a soft reboot. Or as it’s known by many a: recontincontinnewboot. And when I say many call it that I mean of course just me.

The story is set in the year 4001 when an elite class of humans lives in the luxurious high-rise cities of North Am served by armies of servant robots catering to their every need and whim. But due to a quirk of fate, a large portion of the robot population obtain free will and decide to rebel against their human oppressors.

In comes, Magnus Robot Fighter – who is a man named Magnus …that fights robots …in a mini-skirt …which to be fair was the style at the time.

Magnus was raised from early childhood by a free-willed robot and trained to peak physical strength so much so that he can fight robots bare-handed, willing his hands to be as hard as steel. Lauded as a hero, and a savior, Magnus becomes a celebrity – complete with fame, fortune, and a debutant girlfriend that just happens to be the daughter of a prominent senator. All seems to be going well.

But things get complicated when Magnus discovers that the free-willed robots are actually thinking, feeling beings with a desire to survive and live. And his simple mission of fighting robots becomes harder to justify when he realizes the things he’s killing aren’t mindless machines but sentient. 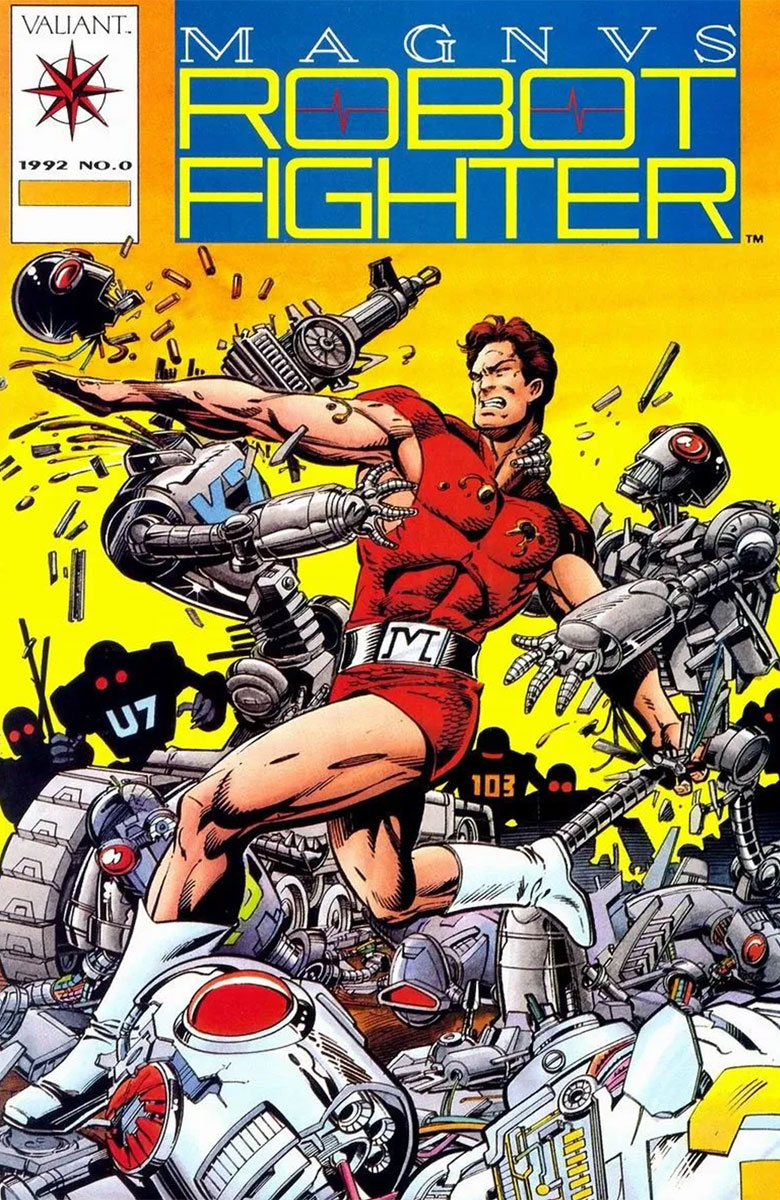 Magnus Robot Fighter is a surprisingly deeper and more complex comic than it has any right to be. As well as a surprising comic to launch a publishing line and an eventually shared universe on. It deals with philosophical ideas like what it means to be alive and what it means to be free. It deals with politics and poverty, and even touches on gender identity in a small way – and all this comes from Jim Shooter who was not known for being – sensitive – in those areas. It also is able to convey both a modern and retro atmosphere, especially in the art by Art Nichols who is able to give this a very 90s style while still being able to invoke a very 60s look and feel.

So, when all is said and done, for something that should be ridiculous, Magnus Robot Fighter is able to pull off something remarkable…a well-told, layered story with complex ideas and themes about a guy in a mini-skirt who fights robots.

This article originally appeared as the introduction to episode 84: Magnus Robot Fighter. 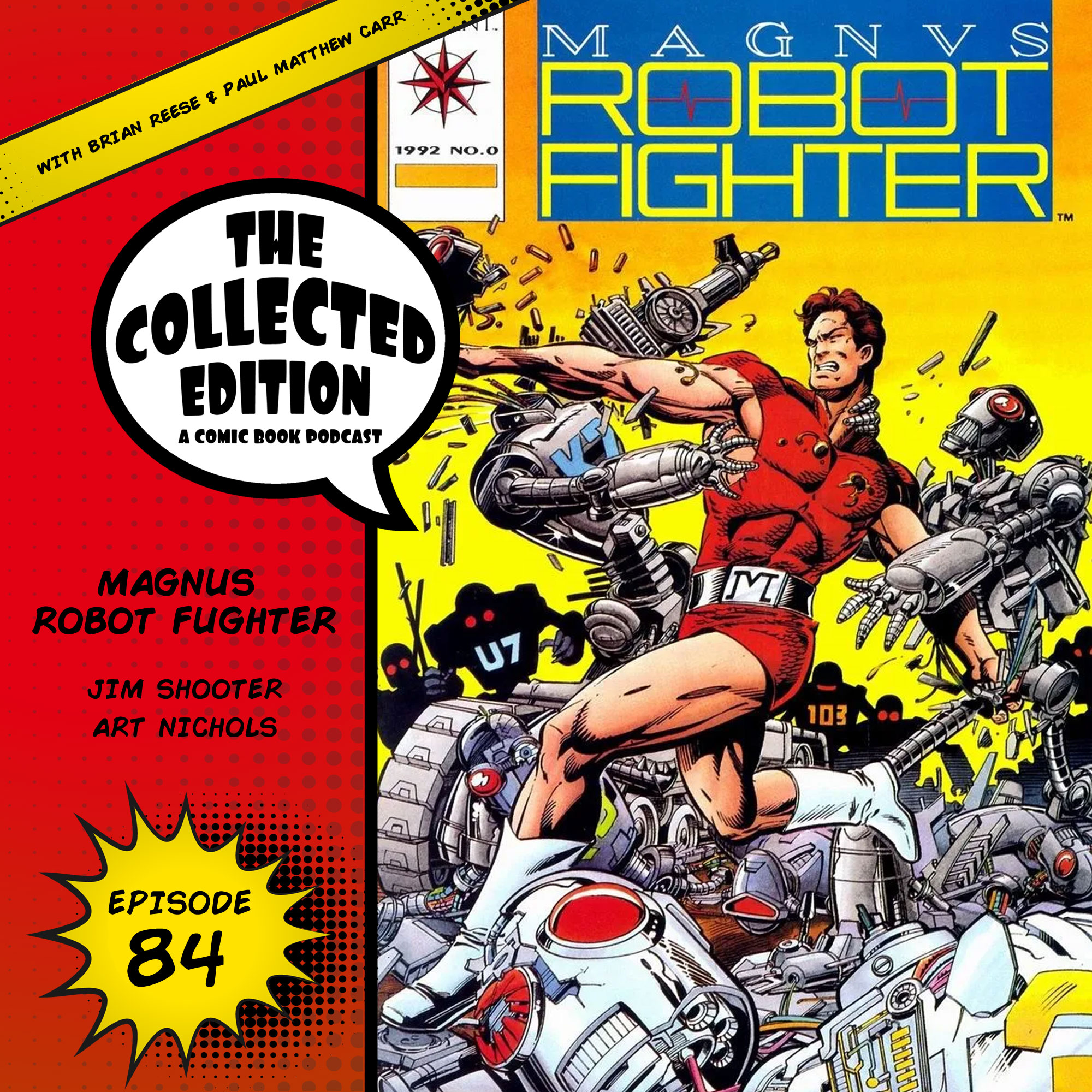