In 1851 the first American edition of Herman Melville’s Moby Dick was published by Harper and Brothers. It was 653 pages long and offered many helpful tips on the art of knot-tying. The book also featured a great amount of water, a whale, and a man with a wooden leg who was not named Smith. Many people have enjoyed this book over the years, and it helped introduce the world to a novel concept called metaphor.

140 years later Jeff Smith, who does not have a wooden leg, published the first issue of Bone, a comic book series that would eventually run to over 1100 pages. Many people have also enjoyed this book over the years, despite it not having instructions on how to tie a knot.

The story begins with the Bones lost in the desert after being chased out of their hometown of Boneville. A map is found, a peril pervades, our cousins are separated, and all seems hopeless. But Fone is saved by a mysterious Red Dragon, and eventually finds himself in The Valley, a seemingly idyllic land where he is befriended by Ted, an insect that looks like a leaf, and the Possum and Hedgehog families. This, as needs must demand, leads Fone to Thorn, the lovely love of Fone’s life. But Thorn is more than she may seem, is she not? This is fantasy after all.

What follows is a complex and utterly captivating story. Fone is eventually reunited with his cousins and meets and befriends a variety of characters, most importantly Gran’Ma Ben and Lucius Down. There are rumors and rumors of rumors bubbling under the surface. A great evil is coming, with Rat Creatures invading the Valley and a mysterious hooded figure commanding nefarious deeds from the shadows.  A cigarette-smoking dragon is in the valley, with a peculiar interest in Fone. Not everyone is who they seem. And why is Phoney’s shirt such an object of interest? A grand quest seems imminent.

Jeff Smith forges a compelling and astonishing world and narrative. There are moments of great humor and deep terror. The story builds upon itself in seemingly innocent moments. We invest in the characters because they are drawn in caricatures but are imbued with unique personalities and purposes. The lightest of moments juxtapose with the horrifying darkness lurking beneath. 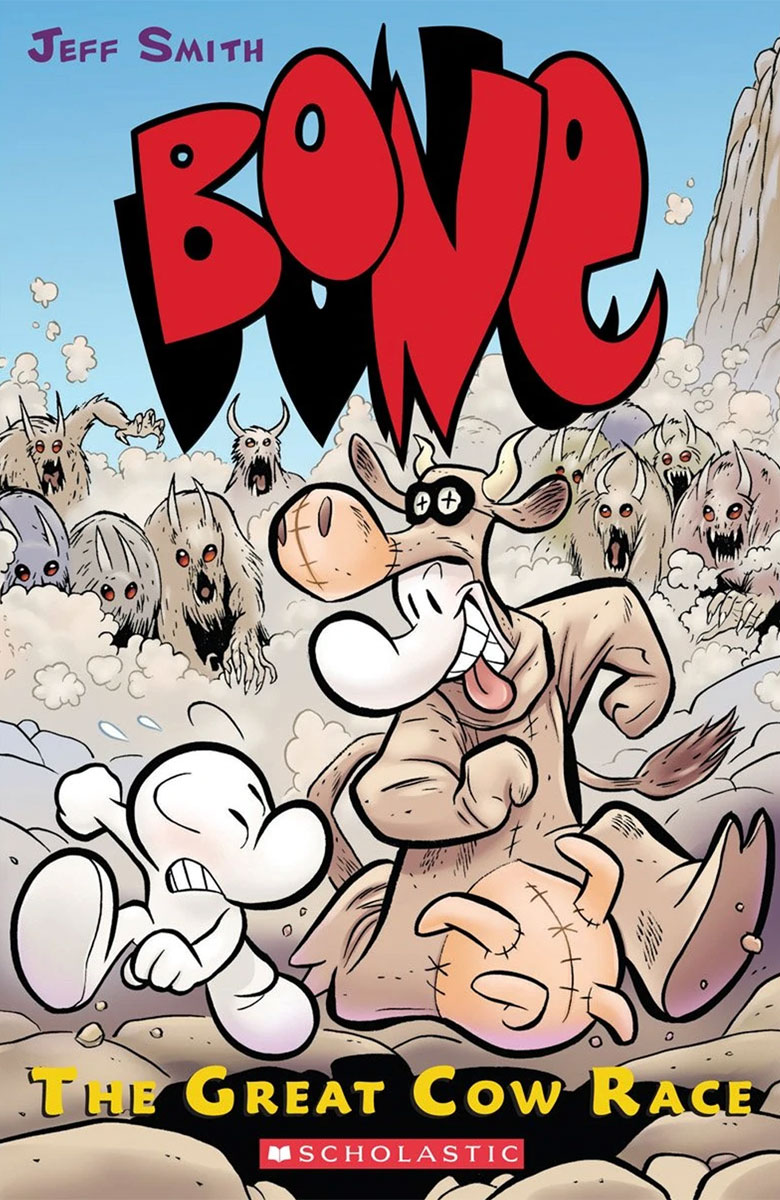 And visually, Jeff Smith is a master on par with cartoonists Walt Kelley and Carl Barks. His extensive use of visual gags coupled with foreboding gloom is stunning in its craft and leaves one laughing and nervously grasping within panels. The use of black and white is perfect and allows Smith freedom with lines and structures that would be obscured under a colorist.

Bone is easily one of the essential comic series, full of all the things we love best about the medium while giving us something new, as well. And in The Great Cow Race, we have one of the most perfect single issues of a comic book ever made.

Maybe even better than eating quiche.

This article originally appeared as the introduction to episode 87: Bone. 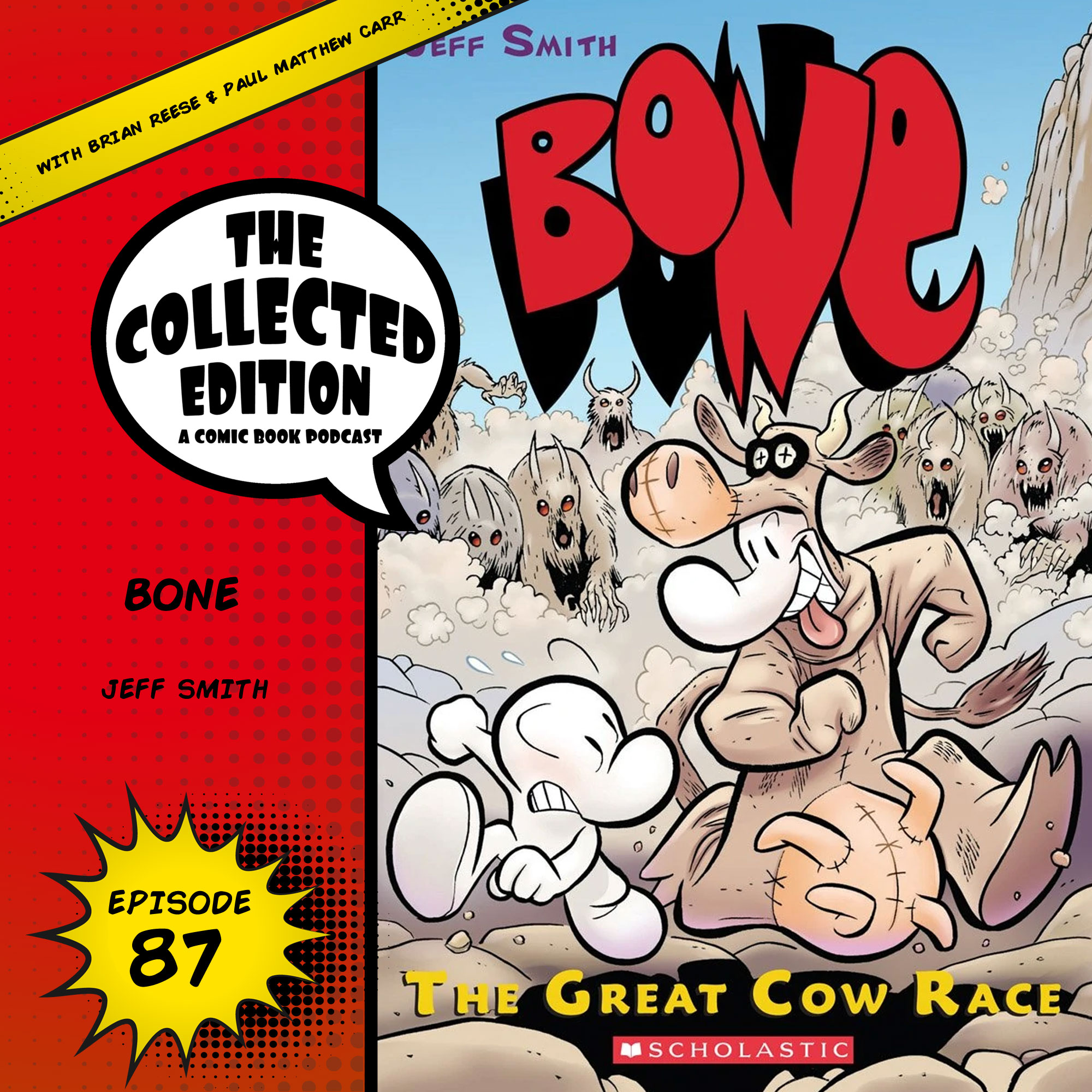 About the Author: Brian Reese

Brian is the kinda guy who likes both kinds of music: Country and Western. A little trash, a little junk, a little grease, a little truckin’. Also, a big fan of DC and Image and makes concessions for Marvel. Also, an irritable, opinionated bastard. (His words, not ours.)