Okay, so this post is basically for my own benefit. This handy-dandy little graphic from Comics Alliance is a great resource for planning all one’s geek related movie experiences and I wanted it in a place I could refer back to repeatedly. You know, for research purposes.

This really is a renaissance in comic book movie making. When I was a kid super hero movies were just not that great. Sure, Superman the Movie was okay and Superman II was exciting and Batman ’89 was campy fun but really they were the only standouts.

Nowadays there are so many film being made it boggles the mind.

I suppose this abundance of supermovies could be seen as a glut on the market and may run the risk of over saturation. I guess there could be a backlash; people just getting sick and tired of super dude after super dude smashing up city streets. And this doesn’t even take in to account the super hero TV shows that are currently running.

As Comics Alliance put it:

With so many superhero movies coming down the pipeline — some that we might never have dreamed of seeing ten years ago — this is an exciting time to be a superhero fan. Unfortunately the creators of most of these heroes are unlikely to reap their due rewards from this boom, and the comic industry as a whole will need to be incredibly canny if it hopes to turn some of these millions of movie superhero fans into comic book readers. This is the new golden age of the superhero; but comics are no longer the genre’s dominant medium.

For me, I can’t get enough. I look forward to every release. Marvel Studios are my personal favorites but I really want the DC films to be good as well. The X franchise seems to be back on track and maybe the Fantastic Four movie will be decent. It could happen. 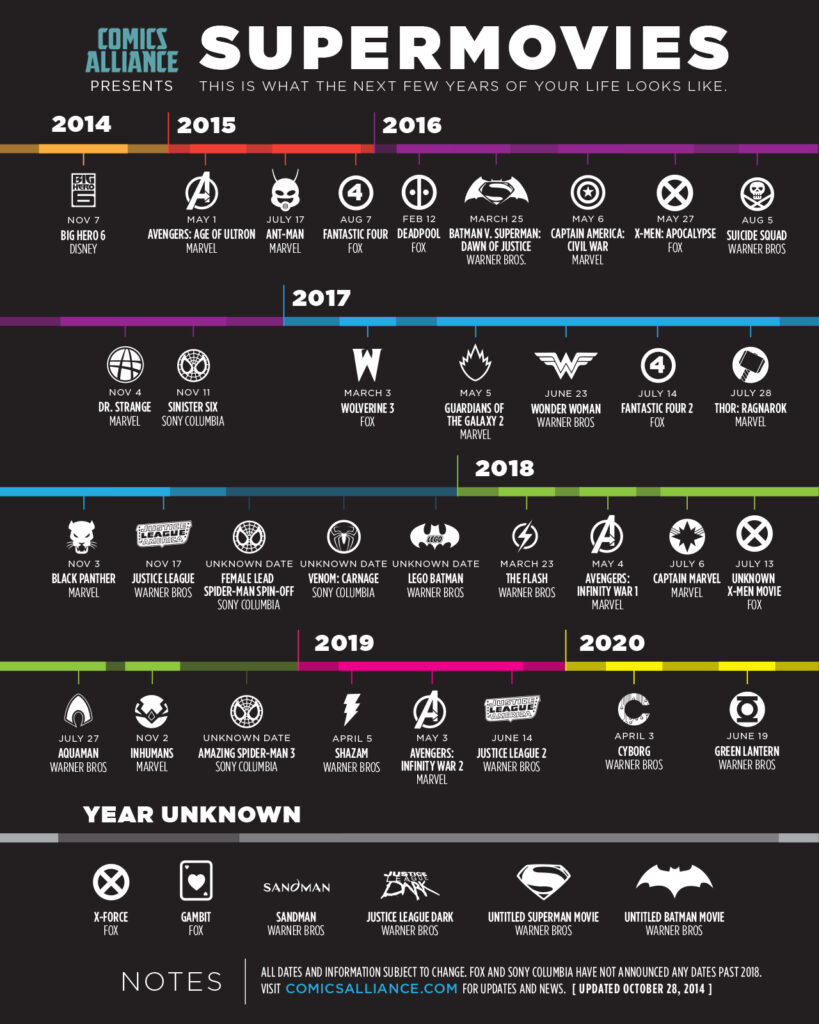 Tweets by collectededpod
Go to Top